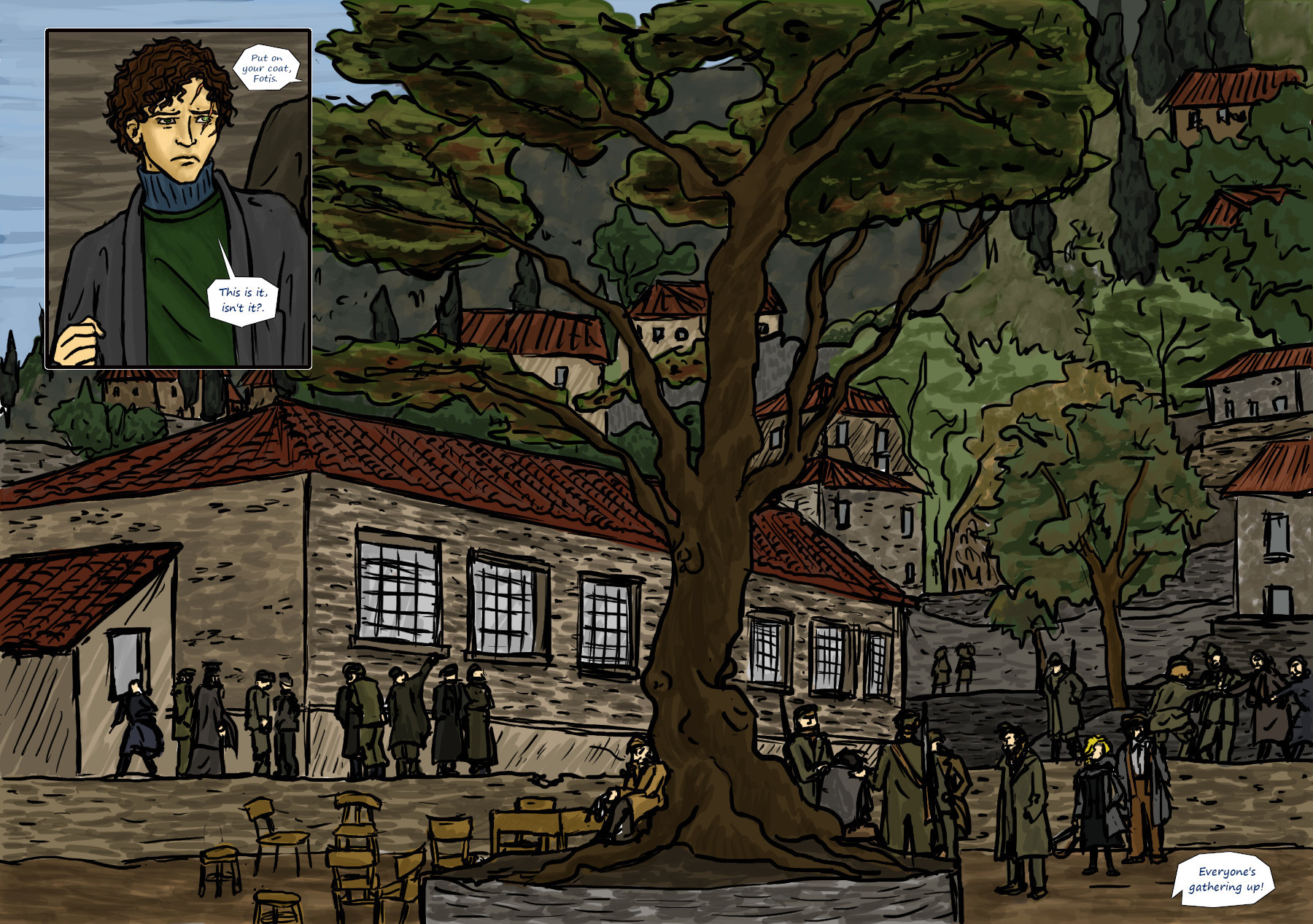 For now, the trial is about to begin. As you can understand, this is a people’s court. During the occupation, in the free areas (where the Resistance was and later when the Mountain Government was formed) justice for all kinds of crimes and misdemeanors was given through these people’s courts.

As you might imagine already, a ton of things, all of them biased, controversial, broad-brushing or plain untrue, have been said. Telling apart what was propaganda and what was reality remains extremely hard. But fear not! I got reliable bibliography! From works as early as 1947 by relatively unbiased sources and more studies that came later, I feel fairly confident that I can give a fair representation of how they were like as well as how they developed.

People’s courts came in all shapes and sizes. And as the years progressed and both ELAS and EDES became more hostile towards each other, people’s courts nature also changed, with some very biased and partisan, while others remained very much an objective stand-in for the actual courts of a legitimate government (and not the nazi puppet one). The overall verdict though (which is official) is that a good majority of them meted out justice properly and, most importantly, legitimately.

That verdict was given in 1947, during a very anti-partisan era time, where a lot of people’s courts verdicts were being mass-overturned as verdicts of illegitimate or kangaroo courts. And the one who gave it was right winger/liberal Demetrios I. Zeppos, the general secretary of the Ministry of Justice since 1944 and up until 1950 when he served as interim minister of labor for the government. He pointed out with evidence that trying to overturn en mass every decision was miscarrying justice.

So, here we go, let’s see one at work, of the very early versions! Here is the image’s URL, so you can see it at its proper size. I hope you will enjoy, even though it’s very scruffy, as my linework tends to be!

I could be wrong, but I think this might be the first big 2 page spread that you've done for Without Moonlight (sorry if I'm forgetting about another one). It's beautifully done! It looks like it could be just a nice day in some small town in Greece, but I think that's about to change...
Tantz Aerine 5th May 2020, 11:36 PM
edit delete reply

(Commenting here thanks to captcha trouble.)