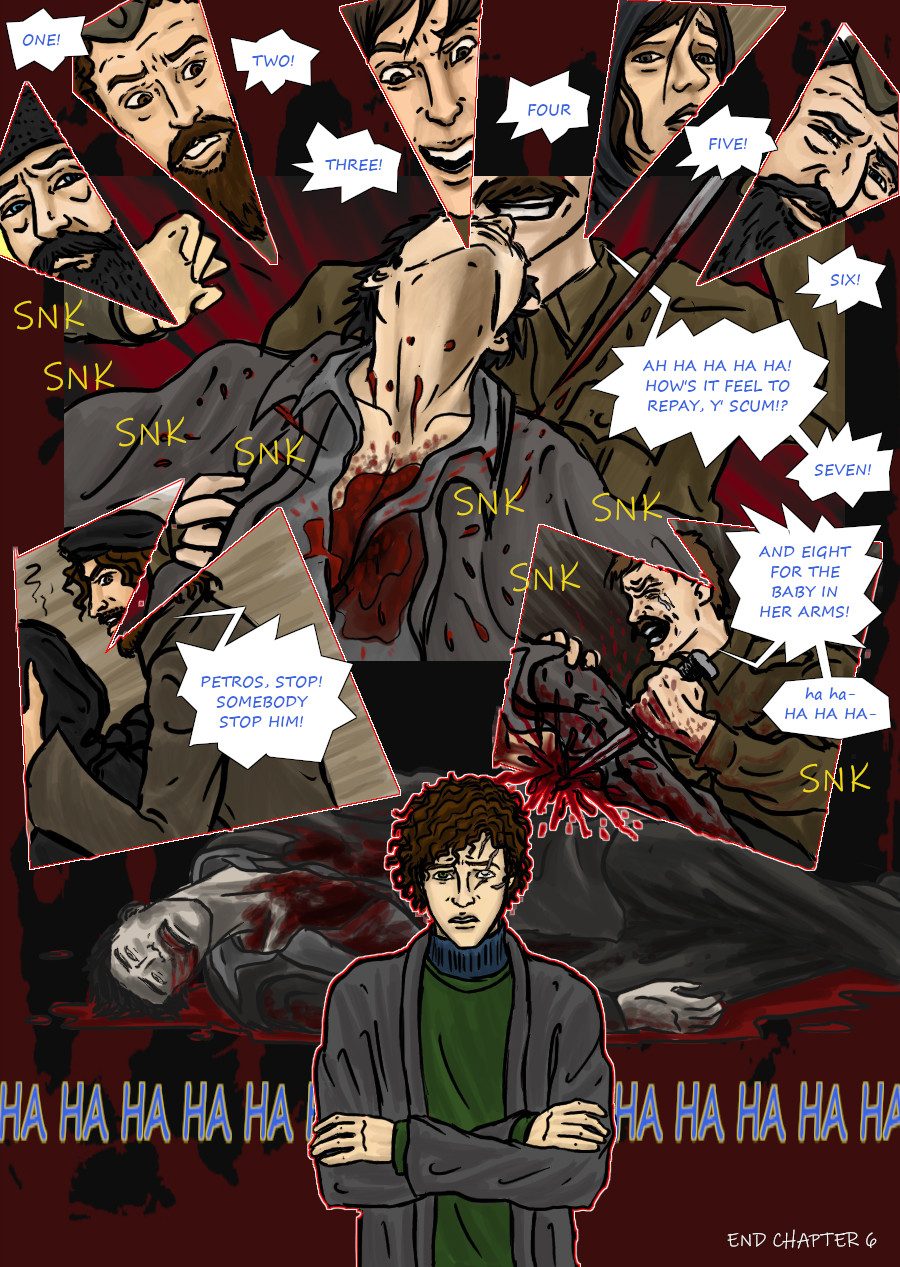 As I said before, this event sequence is not described in Napoleon Zervas’ account in his diary. It is found in the partisan accounts that are very biased towards the left or the right, with various interpretations.

I don’t want to translate here exactly what was described in the most prevalent right-wing account, but what I will say is that I took some of that description without the coloring that they give, but rather the coloring that is given by the left-leaning accounts. So this is exactly in the middle, if you like, and what I think is more or less what happened.

Fotis isn’t feeling so well. How about you?

Next update will be on Monday, October 5! But my patrons can see a DOUBLE UPDATE today, of Chapter 7’s cover and page 1!
User comments:
MK_Wizard 21st Sep 2020, 2:40 PM
edit delete reply

I am all for justice, but this is taking it too far. Justice should be dignified.
Tantz Aerine 21st Sep 2020, 5:12 PM
edit delete reply

On the other hand, is it justice if the crime is inordinately big?
Candralar 22nd Sep 2020, 1:28 AM
edit delete reply

Wow! This page is absolutely brutal! There's been many violent moments over the course of your comic, but this is probably the most graphic one I can remember. I think your work here does a great job of showing the pain and frustration of the Greeks as Petros just lets loose with his pent up emotions and can no longer control himself as he repeatedly plunges his knife into Kalambouras. This is a very powerful page, and I think Fotis may have gotten more than he bargained for when he said he wanted to witness the trial and execution.
Tantz Aerine 22nd Sep 2020, 8:39 AM
edit delete reply

Thank you! This page (actually, to be honest, this entire sequence) was very hard for me to make. I'm glad it's getting across the brutality and the pain.

And absolutely, Fotis bit off a lot more than he could chew. Though perhaps that goes for a few more of those attending.
Post a Comment